Adam Ferrari Explains Why is Oil Priced in U.S. Dollars

The U.S. dollar is considered to be the preeminent currency across the globe. As such, many international transactions are conducted in the U.S. dollar, including oil, as entrepreneur Adam Ferrari explains.

Countries that export oil receive U.S. dollars for the goods they export and not their country’s currency. Indeed, the U.S. dollar and the oil industry are undoubtedly intertwined.

Here are some of the ways in which the relationship between the oil industry and the dollar are so connected.

In the United States, the oil industry is private. While the federal government has a significant say in how the industry conducts its business — through immense regulation — it doesn’t own the industry. 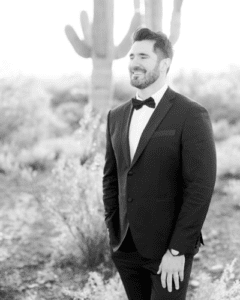 In many other leading oil-exporting nations, the country itself owns the oil industry. This means that the substantial income the country generates through the oil industry is very reliant on the U.S. dollar. So if the dollar slips, so, too, does their revenue.

Some of these countries can find themselves in a very tenuous position when the U.S. dollar slips, as they don’t have a very diversified economy.

In Saudi Arabia, which ranks second on the list of oil-exporting nations, petroleum accounts for almost 87% of its overall revenue. In Russia (third), oil is responsible for 30% of its GDP.

In Iraq (sixth), oil accounts for more than 92% of all budget revenues for the government. And in the United Arab Emirates (seventh), oil exports account for roughly 30% of the country’s GDP.

The U.S. is Now a Net Exporter of Oil

When the dollar first became the international reserve currency in the 1940s following World War II, the U.S. was considered an importer of oil. When the price of oil increased, the country’s trade balance deficit rose as well, with more dollars being sent to other countries.

That changed over the years, with the apex coming in 2011 when America turned the corner from being a net importer to a net oil exporter. Today, the U.S. is the largest crude oil producer in the entire world.

Thanks to fracking technology and horizontal drilling techniques, shale production in the U.S. has resulted in petroleum production going through the roof.

READ MORE:  How Much Does It Cost to Develop a Custom Application?

The Energy Information and Administration estimates the U.S. is roughly 90% self-sufficient for energy consumption. This has negatively impacted other oil-exporting countries, as the U.S. is now much less reliant on their products.

That has changed what was an inverse relationship between the U.S. and oil prices become much more unstable in recent years.

America’s status as the top exporter of oil also has a tremendous effect on the price of oil across the world. The United States produces roughly 571 million tons of oil each year. Saudi Arabia (561.7 million tons) and Russia (554.4 million tons) are a close second and third, but then the drop-off is significant for fourth-place Canada (236.3 million tons).

This means that the levels of oil production in the United States has a strong influence over the global price of oil. It used to be that Saudi Arabia held this undue influence, but shale shifted that title to the U.S.

As Adam Ferrari explains, the U.S. dollar is considered a stable currency, especially compared to other currencies in the world. It’s one of the main reasons why oil is priced in U.S. dollars, even as America is now a net exporter rather than a net importer of the commodity.

Adam Ferrari was born and raised in the south suburbs of Chicago, IL. He is the grandson of an Italian immigrant coal miner who worked in the mines of Coal City, IL. From an early age, Adam was taught the value and dignity achieved through a hard day’s work. The oil and gas industry provides good-paying jobs for millions of blue-collar men and women across America. This is one of many reasons Adam and his company, Ferrari Energy, are such staunch supporters of the oil and gas industry. Blue-collar men and women built America, and the modern oil and gas industry keeps America moving forward.

How to Archive Hard Copy Documents

You have transitioned from remote working, to hybrid and finally you’re back END_OF_DOCUMENT_TOKEN_TO_BE_REPLACED

How to Find and Delete Duplicate Files on Mac 2022

The A – Z Guide Of How To Blur Background In Zoom